ATMP facilities: the cost of manufacturing a magic bullet 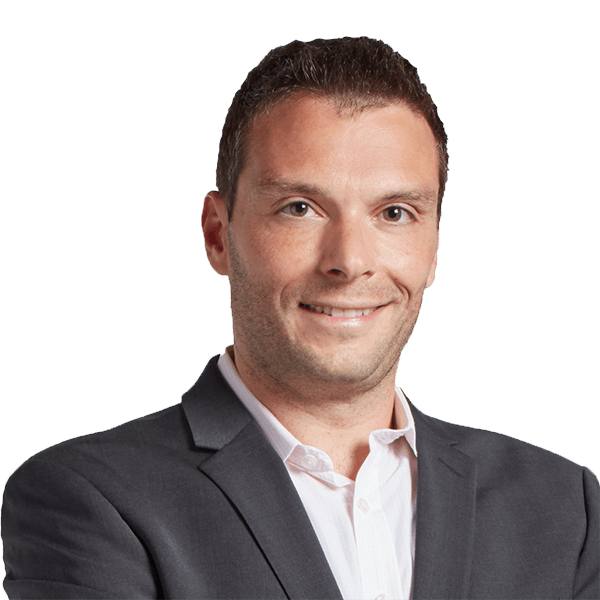 Essential strategies to position your ATMP facility for success.

It’s a thrilling time to be part of an advanced therapy medicinal product (ATMP) project. You’re working on a new frontier of scientific discovery, using some of the fastest-evolving and most complex techniques available to potentially cure our most malignant diseases. For patients and drug developers alike, ATMP manufacturing could be a dream come true.

Unfortunately, turning that dream into reality is infinitely challenging. A frontier, by nature, has no roadmap. It’s uncharted territory, which means one thing: risk. Every company in the race towards commercial ATMP production knows this. First, there’s the risk of not moving fast enough, which could cost you your position in the marketplace. Then there’s the opposite and equally menacing risk of moving too fast, betting your success on unproven process equipment technology in a GMP environment. Layered on top of it all, adding further pressure to the shoulders of ATMP manufacturers, is the debate currently raging over the high cost of these curative therapies.

Given these challenging circumstances, how can drug companies expect to move boldly forward into a new era of ATMP manufacturing?

The biotech industry has been here before

I’ve just called ATMP manufacturing a “new frontier,” which isn’t entirely accurate. We saw a strikingly similar seismic shift when the biotech industry exploded in the 1970s and 1980s. Just like our modern ATMP innovators, drug companies of that bygone era ventured forward without a map, and they faced criticism and doubt over the initial sticker price of their products. It’s easy to forget now, but it took that industry two or three decades to standardize their platform and processes to a degree that made it possible to lower the cost of their therapies. There’s no reason to think that today’s ATMP manufacturing industry won’t follow a similar trajectory, from a high number of unknowns and a correspondingly high sticker price to a templated process that allows for fast deployment and controlled costs.

To get there, though, we need to recognize what makes today’s inflection point different and unique. Those early biotech innovators were primarily developing just one modality, monoclonal antibody therapies, and the complex stainless facilities designed to serve that single modality took seven or eight years from conceptualization to licensure. Today’s ATMP manufacturers have to contend with developing multiple modalities in parallel, and instead of a decade to design and build their facilities, they’re under pressure to sprint from conceptual to operational in just a year or two.

While we can find hope in the patterns of the past, we also find an urgent need to update our strategic approaches. With that in mind, here are three essential strategies that, when applied correctly and diligently from the earliest planning stages through your project’s maturity, will help position your ATMP facility for ongoing success.

Contract manufacturing organizations (CMOs) need the flexibility to respond to ever-evolving client needs. Likewise, manufacturers who are bringing their ATMP production activities in-house have complex product pipelines and need the flexibility to develop different modalities in parallel, unsure of which will ultimately go to market. Both are united by the same challenge: they need a facility that can accommodate a pipeline of four or five product types, each requiring a highly sensitive process. But designing a bespoke production suite unique to each modality would lead to astronomical costs and a sprawling, inefficient facility.

Here’s the solution: by partnering with facility design experts who specialize in ATMP production, manufacturers can successfully identify and exploit opportunities to produce different modalities inside the same production suite. For example, one suite might be designed for an “off the shelf” large-scale allogeneic cell therapy process, a monoclonal antibody process, and viral vector manufacturing. All three modalities share similar process unit operations, and with careful engineering, each could be manufactured in the same place. It’s even within the realm of possibility that such a suite, using closed process technology, could support concurrent “patient-specific” autologous cell therapy manufacturing.

These multimodal suites allow ATMP manufacturers to campaign between modality-specific process platforms, which raises the value of each square foot inside a facility. This level of flexibility, once considered outside the realm of possibility for such highly customized and novel processes, is now emerging as an essential feature of an efficient ATMP facility design. Those who come out at the top of the industry in the next few years will surely have understood and embraced this opportunity for multimodal production.

That biotech boom of the 1970s and 1980s gave us many of the open, manual processes that you’ll find in current ATMP R&D labs—processes that rely heavily on human operators. Although these processes are used in cutting-edge investigations, they’re based on antiquated and unscalable techniques, and they’re under intense regulatory scrutiny. Just think of the cleanroom operator sitting at her biosafety cabinet. That may be fine for clinical research, but when you scale her process to a commercial volume, you quickly run up against unrealistic demands for human capital and an unacceptable risk of cross-contamination.

ATMP manufacturers need to move towards more advanced equipment technology that closes and automates manufacturing processes as much as possible. Put simply, the more humans you remove from the process, the faster you can move product through your pipeline and the lower your risks.

The problem is, this technology is so novel that much of it hasn’t yet been proven outside of the process development lab, and no one wants to be the guinea pig. The key to overcoming this barrier is partnership. A new breed of process technology specialists has emerged to help manufacturers undertake a thorough good manufacturing practice (GMP) assessment of new equipment platforms. These specialists, who are part of a modern design and engineering team that specializes in ATMP facility design and process closure technology, will partner with manufacturers and operating companies to understand the risks and opportunities of new and emerging technology, vis-a-vis a facility’s expected throughput and the needs or limitations of its operators. This partnership will de-risk the equipment selection process and help manufacturers define a confident path toward the highly efficient, closed, automated technology they need to pull ahead of their competition and design a facility of the future.

Traditional approaches to new facility design and execution, based on sequential design-bid-build methodologies that rely on field-constructed strategies, are failing the industry as it teeters on the verge of an important shift. So what’s the alternative?

Everything about ATMP manufacturing challenges the status quo, including the way we deliver complex capital projects. A traditional approach focuses on identifying the lowest bidder, often at the expense of speed, quality and due diligence. Project teams operate as separate, highly compartmentalized entities, leaving them prone to inefficiencies, low performance and costly re-work.

By contrast, the benefits of lean project delivery are well-documented. Rather than approach work packages sequentially, with one individual completing their part and handing the project to the next in line, lean delivery is all about applying a coordinated, simultaneous effort in order to reduce rework and improve speed. Communication flows unimpeded between team members, reducing the volume of costly change orders and eliminating redundant or wasteful activities.

Most importantly, team members on a lean project share a single, integrated vision of overall risks and rewards. This alters behaviors and facilitates a culture of working towards the greater good of the project, rather than jostling for individual successes. For ATMP manufacturers who depend on moving fast while getting it right, this shift in mindset is essential.

To support the tenets of lean project delivery, project teams must be prepared to continuously release designs to offsite partner shops. This strategy allows several overlapping workstreams to advance in parallel under controlled conditions, which dramatically reduces delivery timelines while improving overall quality.

This approach isn’t just reserved for facility construction (like pods); equipment vendors, cleanroom vendors and other suppliers are embracing modularity, helping to reduce traditional bottlenecks and move projects along more quickly. As this trend continues, we’ll see more and more opportunities to modularize ATMP facility construction through the application of standard, industry-proven platforms and processes.

Tomorrow’s successful ATMP manufacturers are choosing to embrace the strategies proposed by today’s leading designers and builders—strategies that reveal a facility’s potential through multimodal design,  process closure/automation, and rapid deployment. The endgame is to not only help to resolve the manufacturing capacity shortage currently throttling the industry; it’s also to position today’s innovators on the same path as the biotech pioneers of the last century, who were able, through innovation and persistence, to standardize production and lower the cost of therapies for patients.

This is important. By applying due diligence to the design and operation of these facilities, thereby continuously reducing the price associated with these products, we can gradually shift the popular conversation away from the cost of cell and gene therapies and onto the value of these therapies. What we’re doing is giving patients an alternative to “maintenance”; we’re offering a real-life magic bullet, wherein the magic is in the precise and groundbreaking science of ATMPs. We owe it to those patients to do this as efficiently as we can so that everyone wins—business owners and patients alike.

At CRB, we’re committed to the principles of flexibility, lowering patient risk, and reducing cost through lean project delivery and to the explosive potential of ATMP manufacturing. Whatever stage you’re at in your own project’s development, we can offer strategic guidance and advice, helping to ensure you’re among the winners in this race towards commercial success.

Call on us. We’re ready.

More in Biotechnology
Multimodal ATMP facilities to satisfy growing demand
COVID-19 drug development strategies
More in Insights
How long will it take to get a COVID-19 vaccine to market?
A COVID-19 roadmap for oral solid dosage manufacturers
Return to top

This website uses cookies to improve your experience while you navigate through the website. Out of these, the cookies that are categorized as necessary are stored on your browser as they are essential for the working of basic functionalities of the website. We also use third-party cookies that help us analyze and understand how you use this website. These cookies will be stored in your browser only with your consent. You also have the option to opt-out of these cookies. But opting out of some of these cookies may affect your browsing experience.
Necessary Always Enabled

Any cookies that may not be particularly necessary for the website to function and is used specifically to collect user personal data via analytics, ads, other embedded contents are termed as non-necessary cookies. It is mandatory to procure user consent prior to running these cookies on your website.