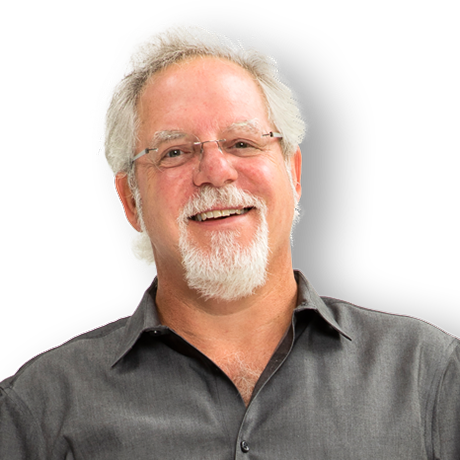 FDA approved oral solid dosage (OSD) products are improving, changing and enhancing lives, via the use of a continuous manufacturing platform.

Anyone conducting a review of the literature will find that much has been written about and presented on regarding the significant technical processing and business case benefits of continuous manufacturing (CM) in the production of oral solid dose (OSD) forms, namely prescription pharmaceutical tablets. We’ve heard about the various direct compression, dry granulation and wet granulation CM platforms, the range of equipment design, configurations offered and the many facility size and construction-cost reduction opportunities owners have seen. We’ve confirmed business case advantages, worked with quality by design to achieve process robustness and have proven the platform capabilities to the Food and Drug Administration and other international regulatory agencies, who, in turn, have awarded the innovative owner firms with several recent drug approvals. The CM ball is clearly rolling, and our industry is well-positioned for even further advancement in this arena. Many new drug therapies are being developed on CM platforms, and it is anticipated that several more drug approvals will be given in the years ahead. Continuous manufacturing for OSD pharma drug products is a transformational processing platform that is here today—and is here to stay!

One area that has not been as widely publicized is the significant patient impacts and benefits CM has brought via the life-changing quality drug products being produced and supplied to market via the CM platform. In this blog, I focus on the perspective of the patient and highlight three specific pharma firms who have recently won FDA approval for CM-produced products that are truly making a life difference to many who are afflicted with life-altering diseases.

Vertex was the first pharmaceutical firm to secure a CM FDA product approval in July of 2015 with Orkambi. A second product, Symdeko, was approved in early 2018. Both of Vertex’s approved products are for the indication of cystic fibrosis (CF), a rare, genetic, life-threatening disorder that damages the lungs and digestive system. It affects the cells that produce mucus, causing the mucus to be excessively thick and sticky, reducing lung function. According to the Cystic Fibrosis Foundation Patient Registry:

Living with CF is difficult and often dictates a very restrictive lifestyle. Typical symptoms of CF include a chronic cough, wheezing, difficulty breathing and germ growth in the lungs that people with healthy lung function tend not to have, increasing the opportunity for infection. Beyond the lungs, CF also affects the digestive system and sweat glands.

Vertex’s Orkambi and Symdeko OSD tablets work by getting more proteins to the cell surface and keeping them open to get a balance of salt and water in the lungs to improve function. These products are making a significant difference to those suffering from this incurable disease.

The tablets are produced via a fully integrated GEA ConsiGma™ 25 continuous processing platform, producing approximately 25 kilograms/hour of tablets. Powders are fed to the system via intermediate bulk containers; the process includes both dry roller compaction and wet granulation through to final coating, all in a continuous process. The system includes additional componentry from K-Tron, Omega, GERTEIS, Courtoy, Kramer and Sentronic.

Janssen Pharmaceuticals was the second firm to secure a CM FDA product approval in April of 2016 with its product, Prezista. This OSD product is a protease inhibitor antiviral that prevents human immunodeficiency virus (HIV) from multiplying in the body. Prezista is used to treat HIV, the virus that can cause acquired immunodeficiency syndrome (AIDS). HIV is one of the world’s most serious health and development challenges, as demonstrated by these statistics from UNAIDS:

Janssen’s Prezista OSD tablets work to reduce the amount of HIV-1 in the patient’s blood. This is called viral load. Additionally, the drug works to increase the number of CD4+ (T) cells in the blood that help fight off other infections. This is a combination treatment that is making a difference in the lives of those who are suffering from this disease.

Janssen has three global sites operating CM platforms and is making use of an integrated direct compression, at rates ranging from 25 kilograms/hour to excess of 100 kilograms/hour. Powders are fed to the system via vacuum conveyance to the feeders and proceed on to blending, compression and coating—all in an uninterrupted, fully automated and process analytical technology controlled continuous process. The system includes additional componentry from K-Tron, Glatt, KORSCH, GERTEIS, Courtoy and others.

At the time of this writing, Eli Lilly is the most recent firm to secure a CM FDA product approval. In September of 2017, Verzenio received regulatory approval. This OSD product is for the treatment of metastatic breast cancer, cancer that has spread to other parts of the body. Breast cancer is the most common form of cancer in the United States, and The National Cancer Institute at the National Institutes of Health estimates that more than 250,000 women will be diagnosed with breast cancer in 2017, and more than 40,000 will die of the disease.

According to Richard Pazdur, M.D., director of the FDA’s Oncology Center of Excellence and acting director of the Office of Hematology and Oncology Products in the FDA’s Center for Drug Evaluation and Research, “Verzenio provides a new targeted treatment option for certain patients with breast cancer who are not responding to treatment, and unlike other drugs in the class, it can be given as a stand-alone treatment to patients who were previously treated with endocrine therapy and chemotherapy.”

The Lilly system is a semi-integrated direct compression continuous processing platform that includes highly accurate contained powder feed, blending and tablet compression. Powders are fed to the system via ILC Dover charge bags (gravity transfer) to the feeders, on to blending and compression, all in an uninterrupted, fully automated and process analytical technology controlled continuous process. The system includes additional componentry from K-Tron, Korsch, Gericke, Bruker, Prozess and others.

A unique and innovative lift system supports the main process train allowing for ease of access, cleaning and changeover. Eli Lilly won the 2017 ISPE Facility of the Year Award for applying this system in both their Indianapolis, Indiana and Carolina, Puerto Rico facilities.

Patient impact is the priority

OSD continuous manufacturing is not only having an impact on the way we design and configure our processing platforms and manufacturing facilities but more importantly, it is also having an impact on the lives of our patients. As a pharmaceutical industry, we are making a difference, and I hope this blog is one small example of just some of the human element progress being made.

Thanks to all the dedicated professionals who are making this a reality.

An additional thanks to all the other pharma owner firms, service providers, equipment and technology vendors, academia and others who are dedicated to improving the lives of our patients through their contributions to the pharmaceutical industry and CM.