The primary focus of this project was overcoming barriers to address geographic challenges. This required creative solutions to safely design and construct the facility and ensure its long-term success.

The site is ideally located for Grand River Aseptic Manufacturing (“GRAM”)—it is easily accessible in the downtown core, next to a major university, and very close to GRAM’s other existing facilities. But the site wasn’t without its challenges.

Firstly, it was a brownfield site which had been previ­ously used as a laundry chemical producer. To deal with the toxic chemicals in the ground, the site underwent intense soil remediation prior to demolition.

Gypsum up to 100 feet deep and gravelly loose soil—these are what construction nightmares are made of. Before starting on the facility, GRAM invested almost $2,000,000 in stabilizing the soil using grout that was injected into the ground and controlled modulus columns (CMCs). For four months, crews drilled holes into the site ground and injected 3,338 cubic yards of gravelly concrete underneath the caverns to fill the voids and create a strong ground to build on. This method of soil stabilization shaved $6,000,000 off the budget compared to other possibilities.

Using grout to stabilize the ground brought in an additional complication: underground utilities. This required an extra layer of coordination with the utility engineers y so that the in-ground plumbing systems could be designed around the grout micropiers. Because the mi­cropiers had to be placed strategically to compensate for various subsurface ground issues, they could not be simply laid out as a grid. Therefore, the soil stabilization crew and the utility engineers engaged in constant collaboration to plan out elaborate piping solutions winding around the grout micropiers.

With working railroad tracks constricting both the east and west sides of the site, the construction team took extra safety measures and timed their work according to train schedules.

Prior to kicking off the project, GRAM ordered vibrational studies to find out if the active railroads could impact the delicate fill-finish process, which allowed us to implement appropriate vibration-damping solutions. One such solution was isolating the fill line and the load cells where the vials are weighed. This required a separate slab underneath the checkweigher, supported by an isolated, foam-insulated beam that was unconnected to the rest of the structure. Our mechanical engineers also added additional vibration isolation to the piping and equipment. 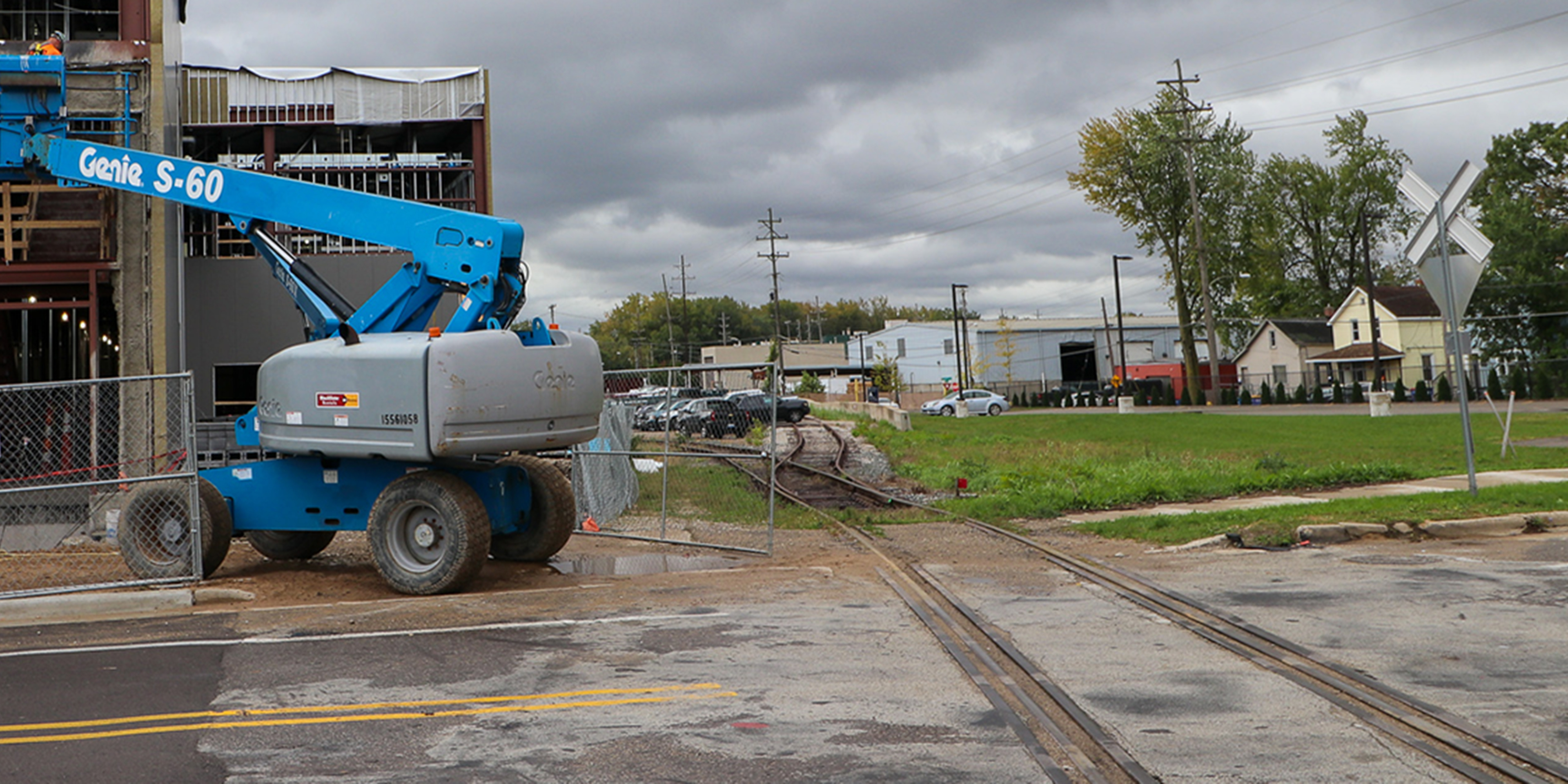 The design team paid special attention to noise attenuation and visual sightlines because the site is in the downtown core with houses and a university nearby. We intentionally chose quieter mechanical equipment by buying slightly oversized equipment that can handle heavy loads easily and with less noise. Next, we placed a barrier around the chiller on the roof, which acts as both a sound relief and is more visually appealing for the neigh­bors.

The site is triangle-shaped, narrower (90’) at the northern entrance and wider (125’) at the south end. GRAM wanted to squeeze every last square inch of possible production space it could. GRAM also required utility access on all sides.

This required creativity due to the limited width and the need for proper GMP flows. The easiest solution? Build up instead of out. The finished building is two stories and tapers down to match the non-traditional plot of land. Because the exterior walls are very close to the property line, fire rated walls are used on the skinny part of the building. It may not be a standard-shaped building, but every inch of usable space is in-use. 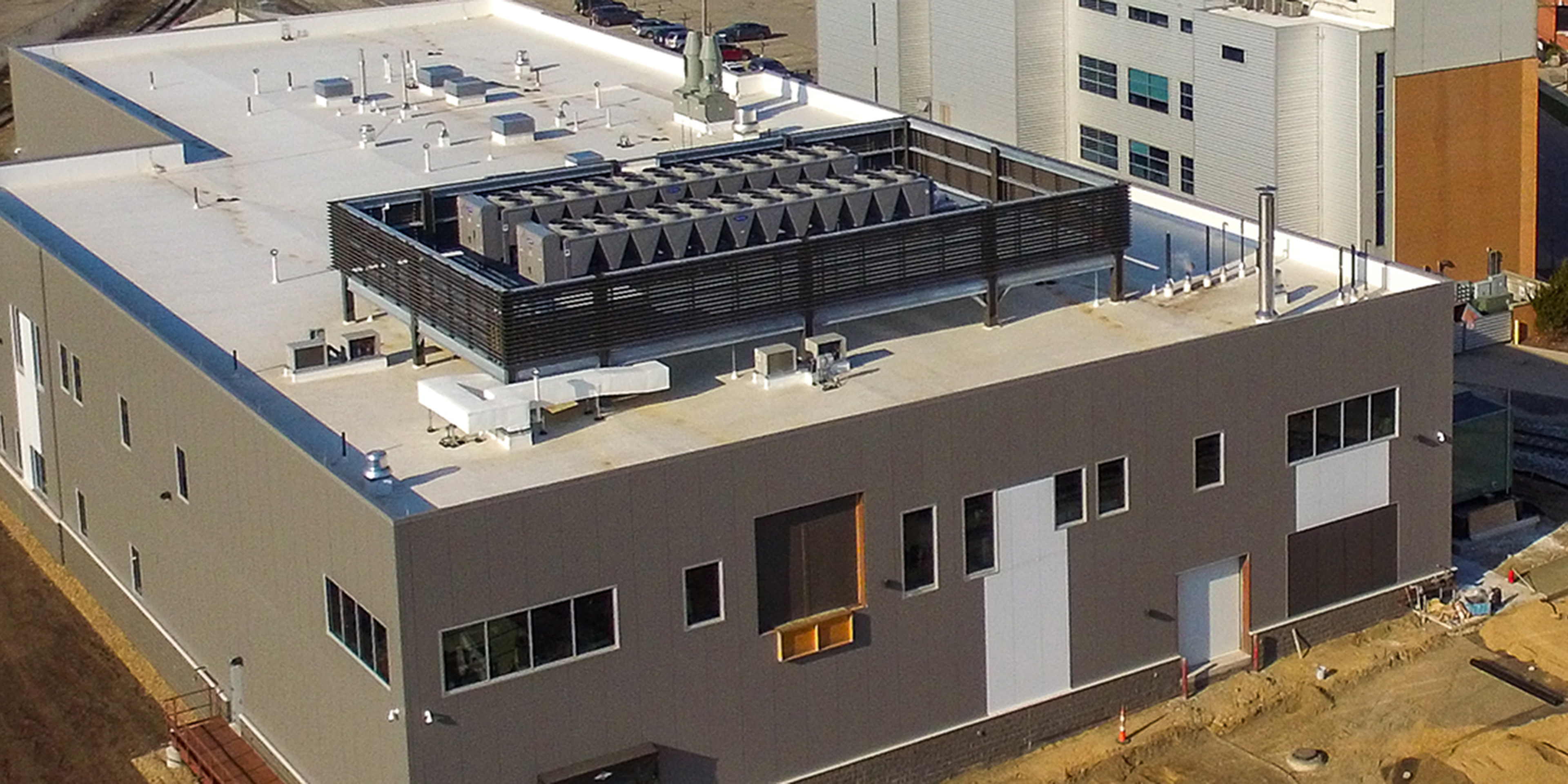 Due to the extreme site space constraints, there was no room for construction trailers on site. The solution? Rent out nearby office space to run the show remotely. Our construction and design teams used two remote spaces for staff breaks, staging areas, meetings, reviewing the budgets and blueprints.

The soil stabilization process required huge equipment which took up most of the construction site, so not much else could happen during the five months of soil stabilization. In order to get a jump on the timeline, the foundation footings were pre-fabricated off-site. A crane then brought them in and they were set in a matter of hours, eliminating weeks from the schedule.

Meanwhile, the electricians ran much of their conduit below the slab on grade while it was exposed during this process instead of overhead within the building. This alone put that aspect of the project six weeks ahead of schedule.

Our team safely overcame many geographic challenges during the design and construction of this facility. Despite two railroads, a triangle-shaped plot of land, and large underground voids, we built it on time and under budget. 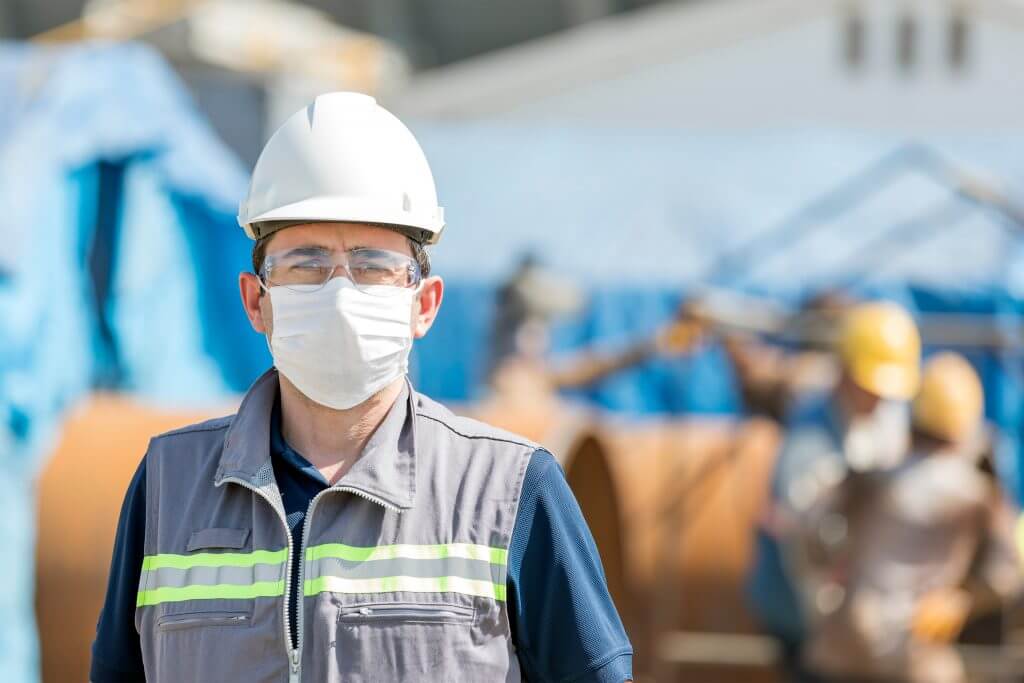 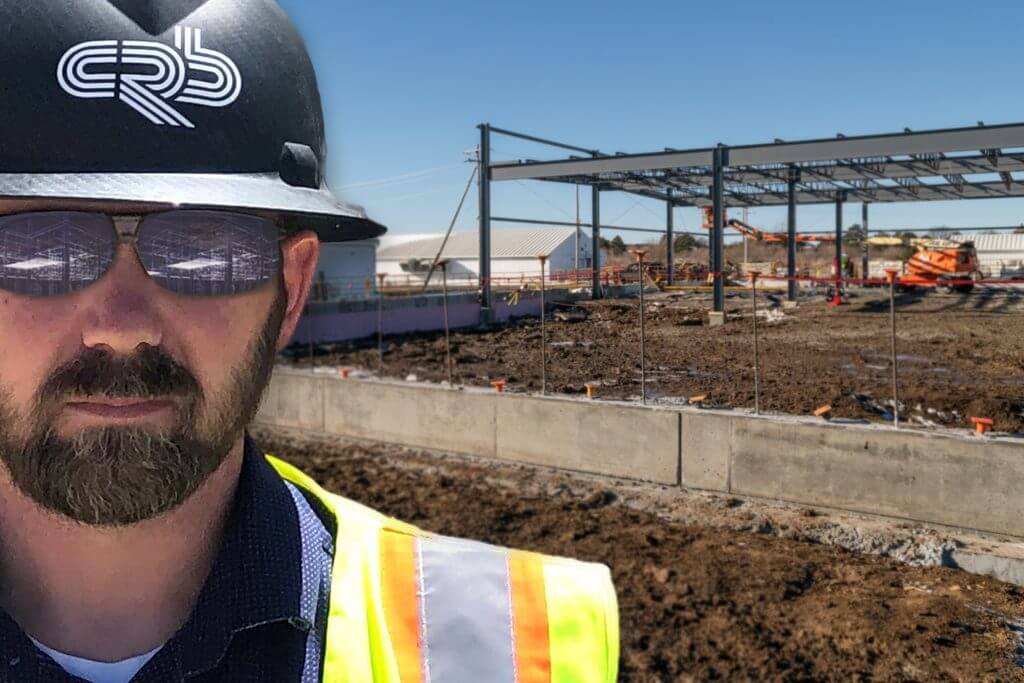 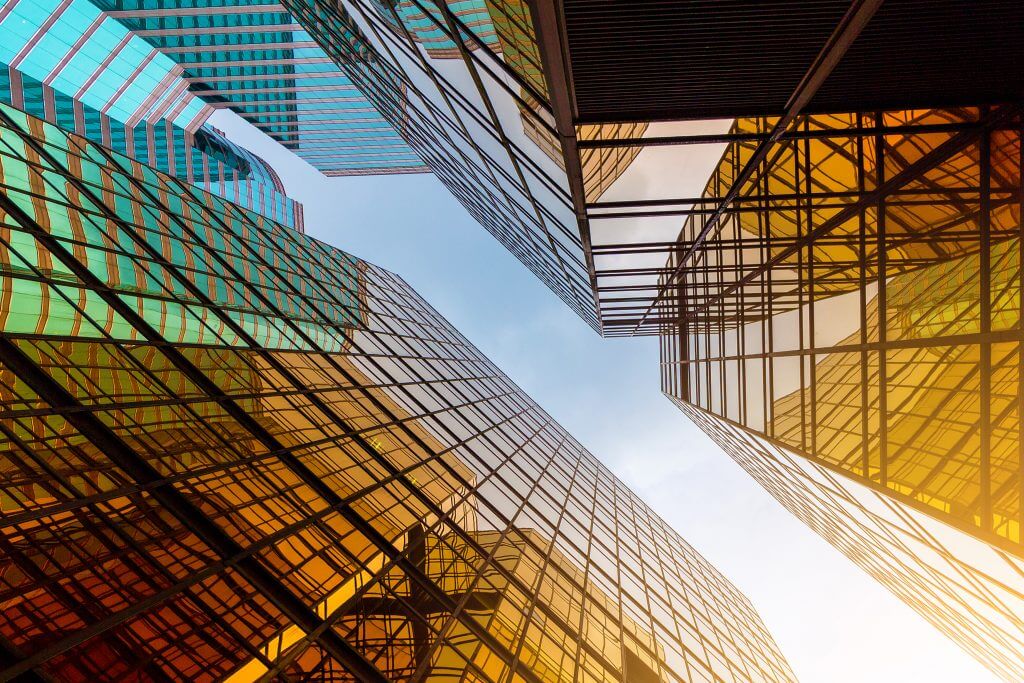 View all Insights
Return to top